We have arrived in Minneapolis for the 2009 ELCA Churchwide Assembly (CWA).  Over 1,000 voting members join staff, advisors, and visitors of all kinds to make up those gathered at this year’s assembly.

Though there were many meetings and orientations for voting members on Monday morning and afternoon, the assembly opened with a worship service at 4:00PM, and business officially began with a plenary session at 7:00PM.

If you have attended an assembly in the past, then you will know that worship is wonderful!  The liturgy is well done, the music is amazing, and the preaching is inspiring. This evening, the Presiding Bishop, Mark Hanson, preached on Jesus’ encounter with the disciples after his resurrection in the book of John.   Bishop Hanson encouraged the assembly to remain connected with every sister and brother and to be neither an anxious Church nor a divided Church but a sent Church, embodying forgiveness, joy, peace, hope and love.

After worship came dinner. Then the assembly’s official business began.  There was the usual: information about logistics, traditional greetings, and an introduction to the voting devices. Then things got interesting.

The assembly discussed rules and procedure. Doesn’t sound so interesting?  Well,  I know it may not seem like it, and there were points in the ordeal when debate  did seem redundant rather than riveting, but the discussion was so interesting because of the disagreement regarding items like whether those speaking at a microphone should be able to speak for two or three minutes and whether some votes should require a simple majority or two-thirds vote.  I, for one, was hoping that the someone would suggest an amendment to the texting, BlackBerry, and computer ban inside the plenary hall, but this discussion did not reach the floor, so I spent a lot of time travelling between my seat and the outside of the plenary hall to update the synod’s Twitter account: dcsynodelca.

In the end, the evening’s business ran later than scheduled, and with all the travel people had already done that day, the day felt especially long, but it was good: good to be reunited with brothers and sisters in Christ, good to be the Church. 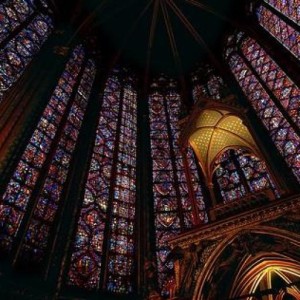